Following comments on Facebook, there seem to be continuing issues with regard to unstable Internet routes to the Falkland Islands since the November 25th planned outage. This will result in unpredictable performance as experienced by users. 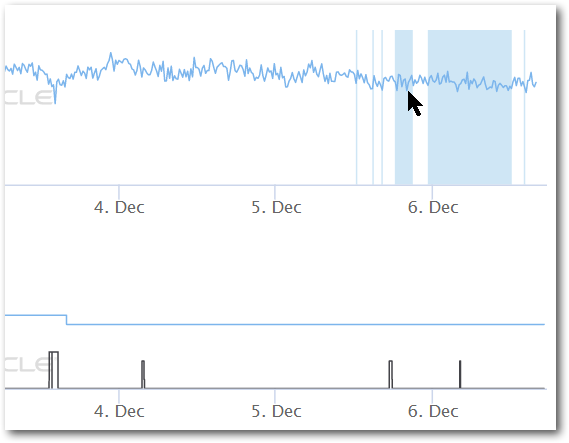 By the look of it, this went ahead as planned but it did not represent a complete satellite capacity outage as some customers had Internet connectivity through the event. BGP routes were a little disrupted so access some web sites may have been interrupted.

This is unconfirmed, but I have been told that the email below has only been sent to users of the horizon.co.fk domain as an email address. I would hope that this is incorrect and that all Internet customers received it. Happy to correct if this incorrect.

Well done Sure! Credit where credit is due. This email to customers is exactly what is needed (and what I was calling for further down this post) to explain to customers what the cause of the extended outage was. It’s not too technical and explains the challenges, what changes have been undertaken and what the benefits to its customers will be. Just perfect.

Now, if this could be done on a regular basis on other subjects such as Camp communications upgrade, there would be far less moans and groans I’m Sure! 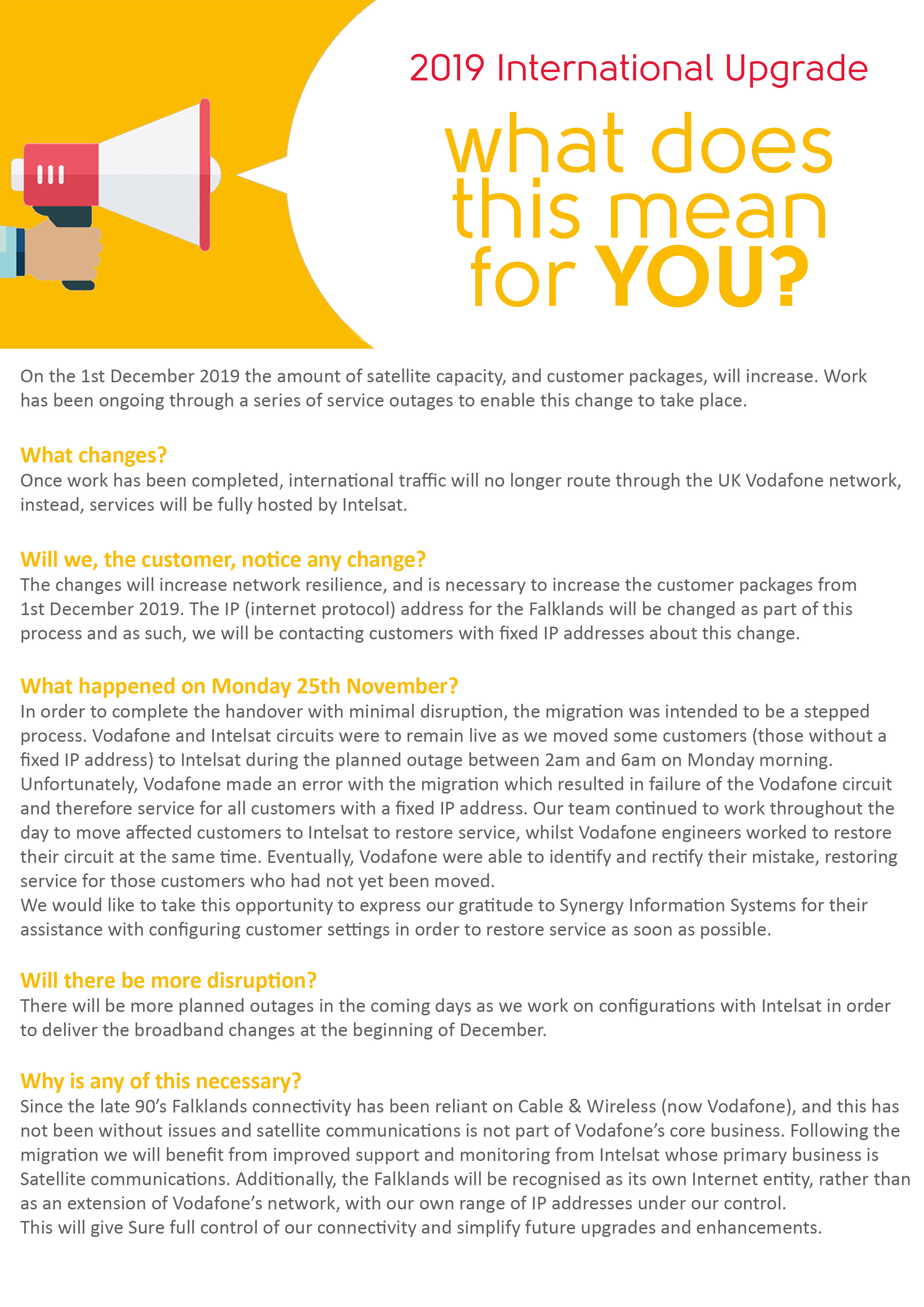 It was announced that Sure Falkland Islands that there would be a planned outage on Monday 25th November from 02:00 to 06:00 to start upgrading the satellite link as part of the work to double the satellite capacity in December. 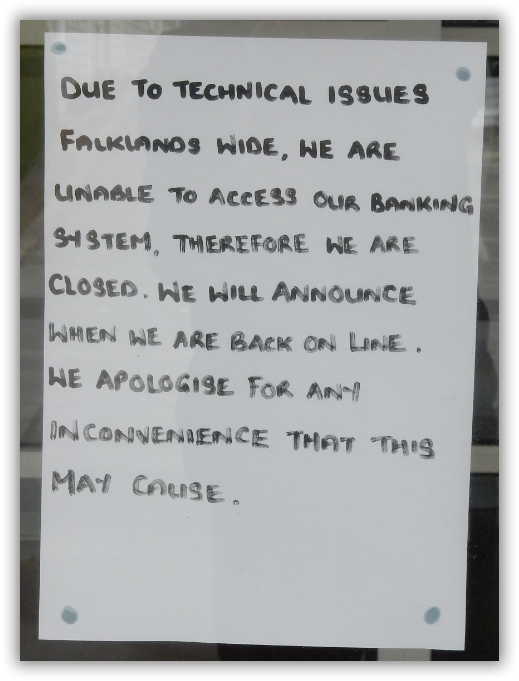 Unfortunately, it looks like trouble was encountered and the planned outage overran by a considerable margin to the extent of ten and half hours.

As I am currently in Stanley preparing for my presentation on the Falkland Island next Thursday, I’ve managed to experience the chaos this caused to the island’s consumers and businesses firsthand.

Personally, at 06:30 I tried the local Wi-Fi hot with no success, using a consumer’s Gold service, and eventually drove down the road to use the Malvina Hotel’s hotspot with no success. I then received a telephone call that informed me that the whole island’s Internet was down and about the chaos it was creating. I was unable to download my emails and have the usual Telegram call to my wife back in the UK.

Looking at Oracle Internet Intelligence on the morning of the 26th, it can be seen that service was not fully restored after the original extended yesterday-morning outage and continues in a more minor form through to this morning. I understand that the outage not only affected Internet access but also phones. 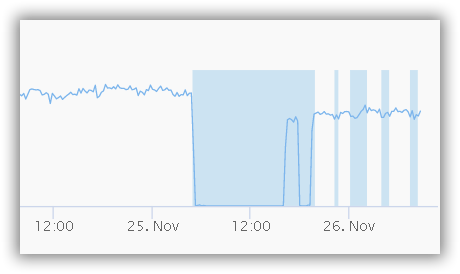 Instability in the Internet routes to the islands

I drove down to the one and only bank on the island, Standard Chartered, to discover lots of customers huddling outside of the entrance only to see the hand-drafted message on the door shown above.

Yes, the bank was actually shut because they could not access their transaction server in the UK over the Internet. Where was the backup capability I asked myself? Surely (my favourite word when talking about Falkland Islands’ telecommunications) the bank would own a VSAT to undertake this vital task? I understand that the bank used to have a VSAT (which can still be seen in Stanley) but it is not in operation today.

The West shop supermarket located in the middle of Stanley was unable to use their point of service tills because, they were told, there was a problem “with the Internet in the UK”. The West store in Stanley

I later discovered that the local FIGAS airplane island-hopping service was challenged until lunchtime as well. Fortunately there were no early morning flights but, as they were unable to access the official weather maps and email reports that they are obligated to use before authorising a flight to take off. 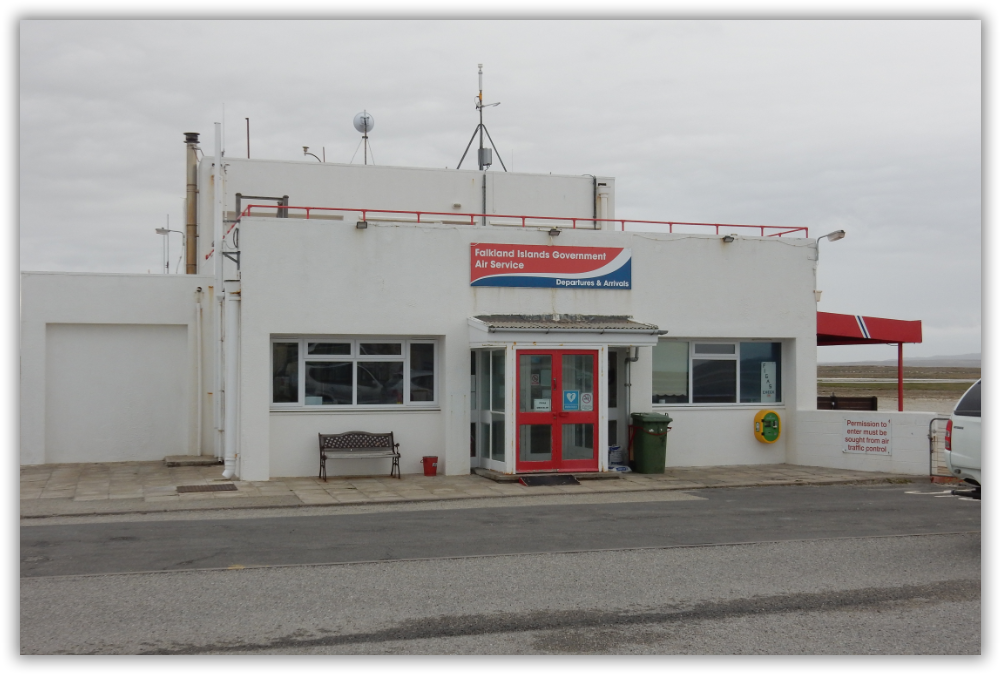 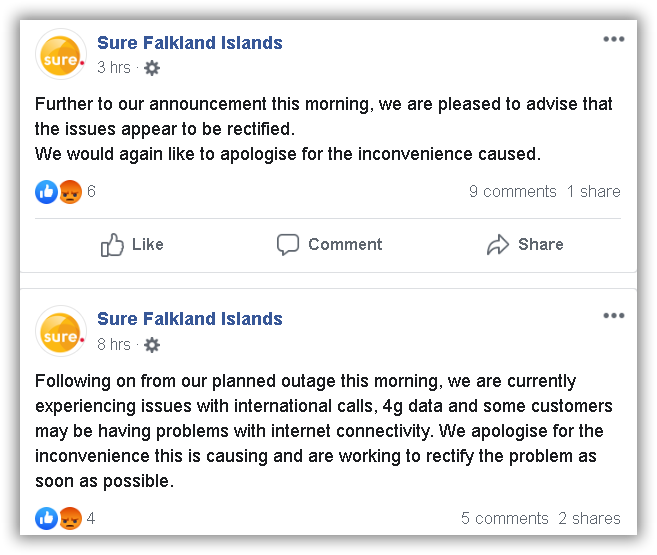 I have to say that Sure’s customers – as am I – are astounded that they refuse to post any report that provides any level of explanation as to the cause of the problem. It almost seems that there is an internal diktat that prevents them from doing this this. To my mind, this is what their customers want to know and would prevent many of the strong moans and groans seen on Facebook.  As I have stated before SURELY, this would be to their benefit?

All in all, it was not a very happy Internet day on the Falkland Islands and that my audience on Thursday will be in a better mood by then :>)

p.s. Creating this post was not a pleasant experience as I have to edit it on-line. The least said about this the better.