Please read the text of the complaint emailed to the Regulator today.

Clause 1a of the recently published document, POLICY FOR COMPLAINTS AND APPEALS AGAINST THE REGULATOR, states that individuals can make a complaint about a Falkland Islands Communications Regulator (the Regulator) decision. 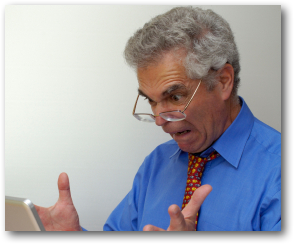 I wish to complain about the Regulator policy concerning a particular aspect of the revalidation process of non-resident lifetime VP8 amateur radio licences.

In September 2020 the Regulator settled out of court in respect to the cancellation of my Falkland Islands non-resident VP8 lifetime amateur radio licences. As a consequence of this decision, it was agreed that any other VP8 licence holder in a similar position would also have their licences revalidated and restored.

I am aware of other VP8 licences having been successfully revalidated and restored following the publicity created by myself and others among the world’s radio societies, chat rooms and personal contacts.

On December 15th 2020, the Regulator sent out the following bulk email with an obvious typographical error concerning the expiration date:

“You have received this email because you have been in contact with the Falkland Islands Communications Regulator in the last three months.

As a result of an Appeal, the Communications Regulator extended the period of revalidation to 15 Dec 21 to enable those who felt that they were entitled to a lifetime Amateur Radio Licence to apply. Revalidation has now finished, and all future licences will be issued under the terms and conditions for Amateur Radio Licence governed by the Communication Ordinance 2017.

Please pass this information on all your colleagues in the Amateur Radio world. Thank you.”

The date typo was quickly corrected following my email notification of the issue and posted on the Regulator’s web site.

Basis of the complaint

The existence of a regulator-created deadline nominated by the Regulator for when the VP8 licence restoration window would end has never been made public.

Although the creation of a deadline for the restoration window is not unreasonable, the process adopted by the Regulator is unjustified and does not accord with the Regulator’s own published operating guidelines.

One Principle states that the Regulator must –

“Explain the grounds and give reasons for taking action, and will usually give notice of any action – unless to do so would undermine the regulator’s ability to act.”

No such notice was ever provided; either at the time of creation or repeated nearer to when the deadline date.

We consider that there are several non-resident VP8 licence holders who are still unaware that they can have their VP8 licenses revalidated and restored.  The time allowed by the Regulator is insufficient to ensure all affected licensees are aware of their ability to revalidate their licences.

The Regulatory Principles web page also states that the Regulator will:

“Be proportionate and consistent in making judgements.”

As we are talking about only a few VP8 licences, the policy adopted could be considered to be far from proportionate.

Please acknowledge the receipt of this complaint.